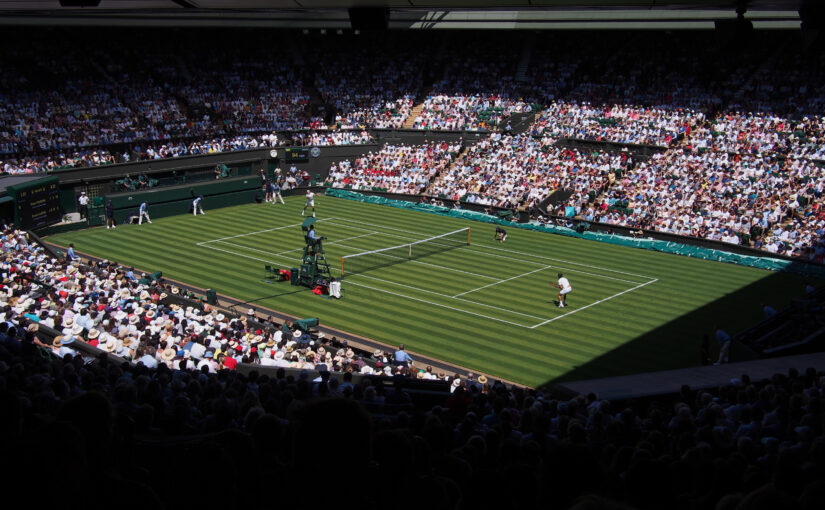 Strawberries and cream, luscious grass courts, British Summertime, the Royal Family, the white dress code… What comes to your mind when you think of Wimbledon? Wimbledon is the longest-running tennis tournament in the world and arguably the most prestigious, but where did it all begin?

Tennis hasn’t always been quite like the sport that we know and love today, its history includes French Monks playing a ball game with their hands and shouting ‘Tenez’. Eventually though, hands proceeded to be improved with mitts and many years later the ‘racket’ began to be developed. When the game of ‘tennis’ was in its infancy even Henry VIII was a big fan… He was a keen player who enjoyed playing at his own court. Anne Boleyn was even said to be betting on a game of tennis just before she was taken to the tower of London, it is said she complained that she didn’t get to collect her winnings! Through the invention of better materials and improvements such as bouncy balls opposed to wooden balls, tennis progressed to the outdoor sport that with are more familiar with today. So, it comes as no surprise that England’s fascination with tennis continued to spread to the point where it holds one of the world’s top tennis competitions.

The All England Croquet Club adapted their courts to host the first Wimbledon tennis tournament in 1877 to raise money for their own croquet equipment. However, the event continued from strength to strength and the club quickly changed their name to the All England Croquet and Lawn Tennis Club. The rules that they set for the competition, like the scoring being based on a clock face, are essentially the game of tennis that we have now and the same rules are still in operation. Tennis continued its royal connections and the Royal box was introduced at Wimbledon in 1922. Even the future king of England – George VI competed in 1926. The current royal family often make an appearance today.

2022 marks 100 years of centre court and this year the competition is set to be competed between 27 June – 10 July. So, it’s a great time to celebrate Wimbledon and the history of tennis. Hundreds of Centre Court and No.3 Court tickets are released daily throughout the tournament. As well as the opportunity to queue for premium tickets or general ground’s admission to watch games on courts 3 to 18 or join in all the fun on Murray Mound (the newly termed Henman Hill).

Here at The Bentley Hotel Kensington we want to make it easy for you to enjoy the very best Wimbledon experience, we offer a great selection of premium 5* rooms and suites so that you can feel like royalty when you attend one of London’s biggest events of the year. You can easily get right to the centre of the Wimbledon action from The Bentley via the Tube. Make sure to get the very best prices on our best flexible rate and other perks by booking directly here through our website. It’s a busy time of the year – so make sure to plan now so you don’t miss out!